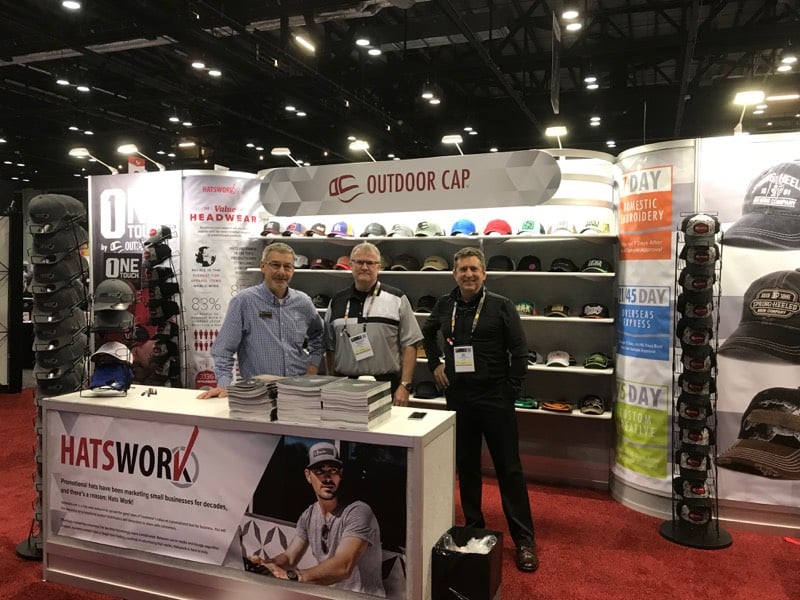 Each year, representatives from Outdoor Cap attend dozens of trade shows across the nation for each of our three business units: Promotional Products, Hunting & Fishing, and Team Sports.

When you visit an Outdoor Cap or OC Sports booth you’ll get an exclusive up-close look at our new 2018 styles. You can also check out our Business Development Kits, free catalogs, samples, and more.