We’ve spent a lot of time discussing decoration techniques. Today, we’re looking at a new way to customize caps using our Domestic Decoration Program. Before we get started, feel free to review all of our previous articles.

We’ve always touched on the popularity of patches during our biannual trend series, but we haven’t yet taken a deep dive into what makes cap patches such a unique and diverse method of design. So, today we’re going to do just that.

First, let’s talk a little bit about the historical background of patches. 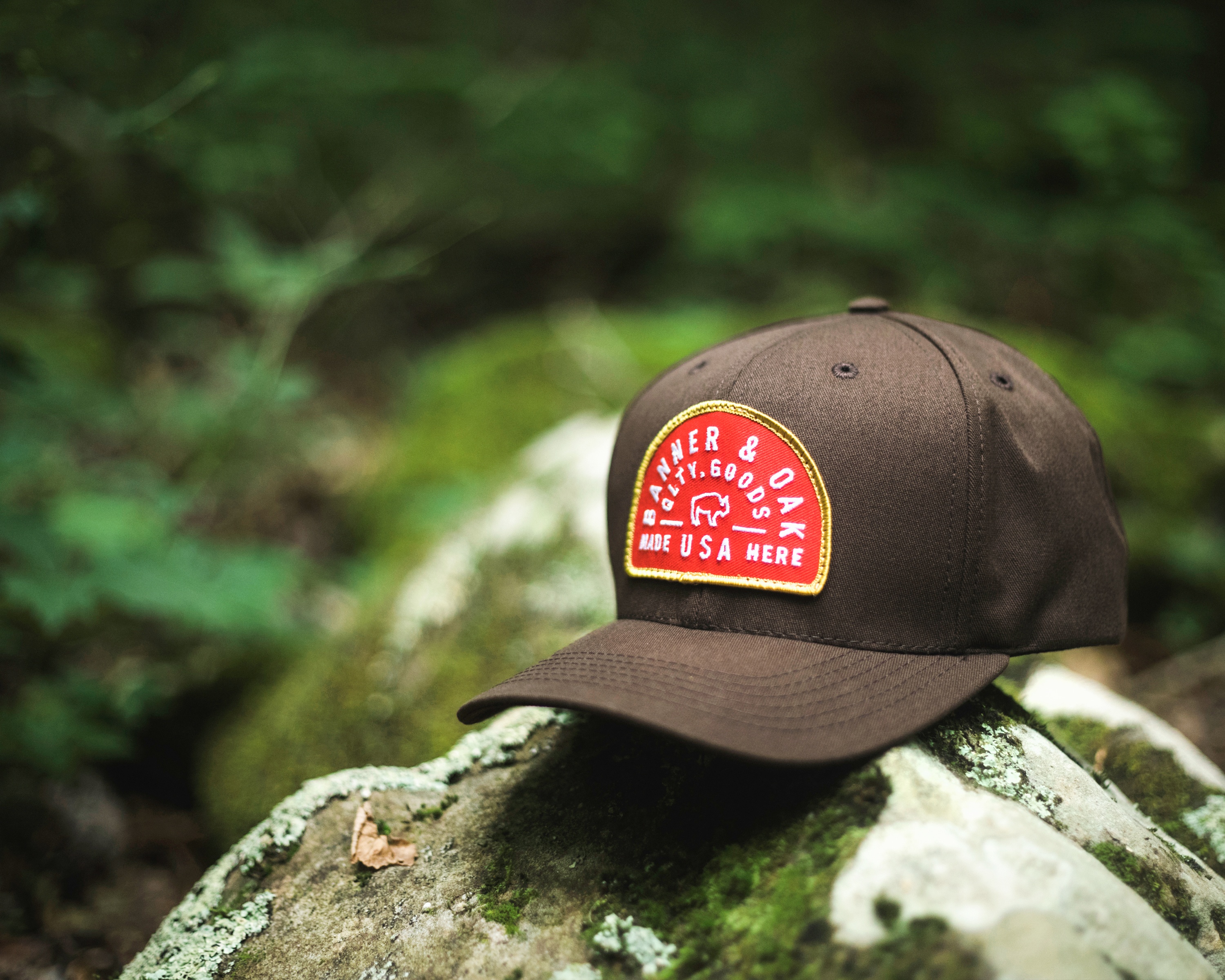 Where did patches come from?

Patches have been around for centuries in some capacity. The robes of royals and clergy used to be hand stitched with ornate embroidery.

But it was machinery developed during the Industrial Revolution that changed the game for garment production. Sewing machines, particularly those produced by the Merrow Sewing Machine Company, paved the way for the cap patches we know and love today. As technology developed, higher quality products were produced, uniformity increased, and production became quicker and more efficient.

It didn’t take long for the government to see how useful patches could be for identifying divisions and ranks of members within the military. The first patch to be used in the U.S. military was issued on October 31, 1918, and is known as the Big Red One. It was the 1st Infantry Division’s arm patch, and it paved the way for the mass-produced emblems and insignia seen on uniforms of all branches of the armed forces today.

Around the same time, the growing popularity of organizations like the Boy Scouts of America really ramped up demand for embroidered fabric patches with their merit badge system, often called scout patches.

Scout patch is a popular term for a merrowed edge fabric patch. This, of course, is named after the sewing machine company. Another name for a merrowed edge is overlock stitching; this is the process of wrapping thread around the patch’s fabric, which gives it a uniform stitch that prevents against fraying.

In addition to the Boy Scouts, scout patches have a rich history with the United States park systems. They’re used on park ranger uniforms, and they’re a classic souvenir among tourists when visiting National Parks and State Parks.

Today, you will see embroidered patches all over the place, from uniformed personnel to high school letterman jackets. 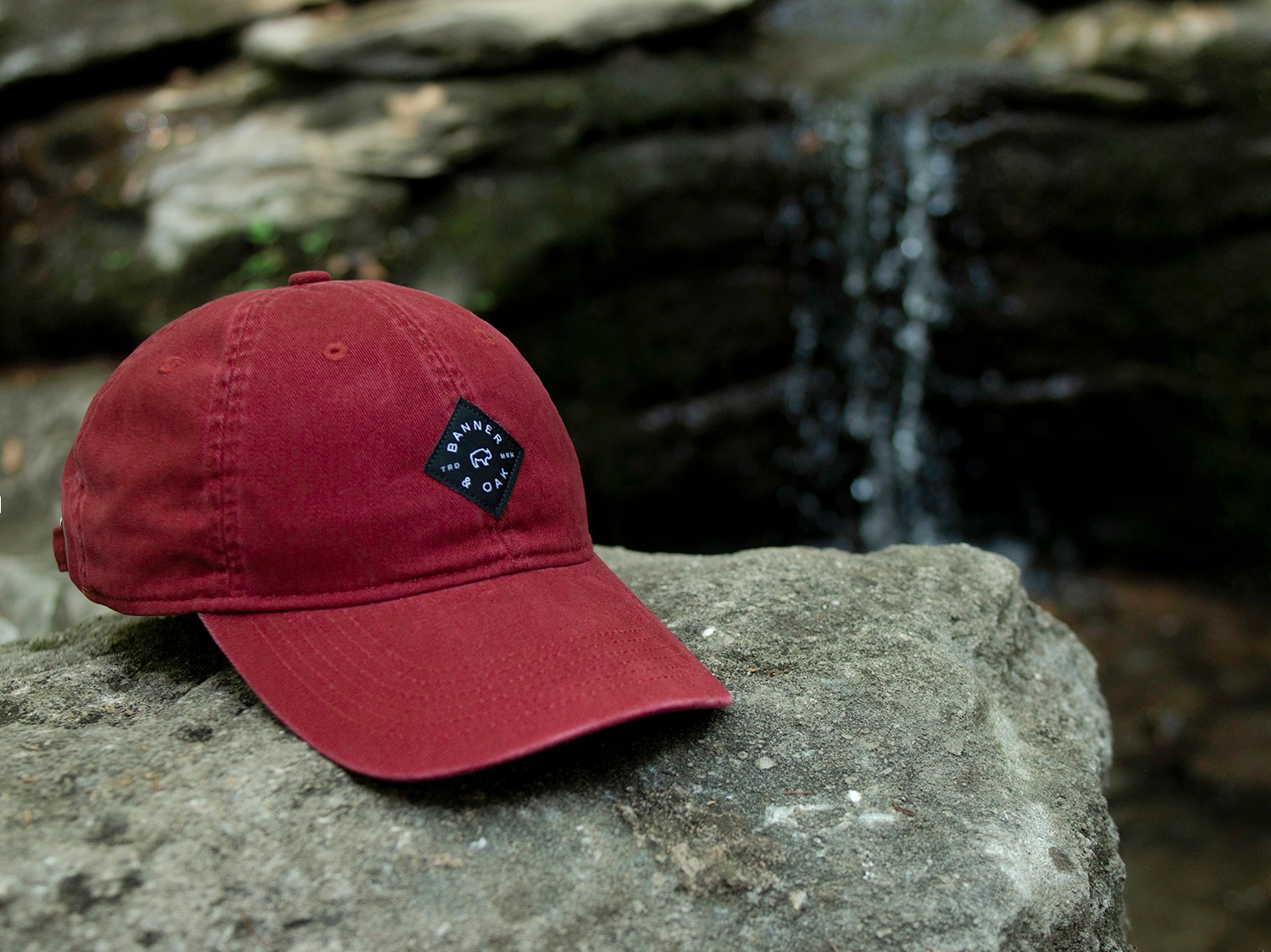 Why are cap patches still so popular?

Patches began their journey into the fashion world in the 1960s during what came to be known as the hippie movement. Flowers, peace signs, and protest patches adorned the jeans and denim jackets of young people all over America. Prior to this, patches were used for specific purposes as mentioned above, or to repair damaged clothing. Now, they were being used to make a statement.

In recent years, the outdoor retail market has been booming with patches. You don’t have to visit Wyoming and taunt a bison anymore to buy a cap with a Yellowstone patch. You don’t have to train to be an astronaut to order a NASA patch. Just like in the hippie days, young people today are using patches to show their unique identity and loyalty to specific causes or groups.

Last year, we launched a new start-up headwar brand, Banner & Oak. The entire line of B&O caps is made with scout patches, woven label patches, and vegetable tanned leather patches. This is the kind of outdoor-enthusiast fashion brand people are flocking to these days, and we’ve received so much positive feedback for our designs.

We’re proud to announce that Outdoor Cap, will be adding patches to our Domestic Decoration Program in the next few weeks. Be on the lookout for our upcoming press release with more details! 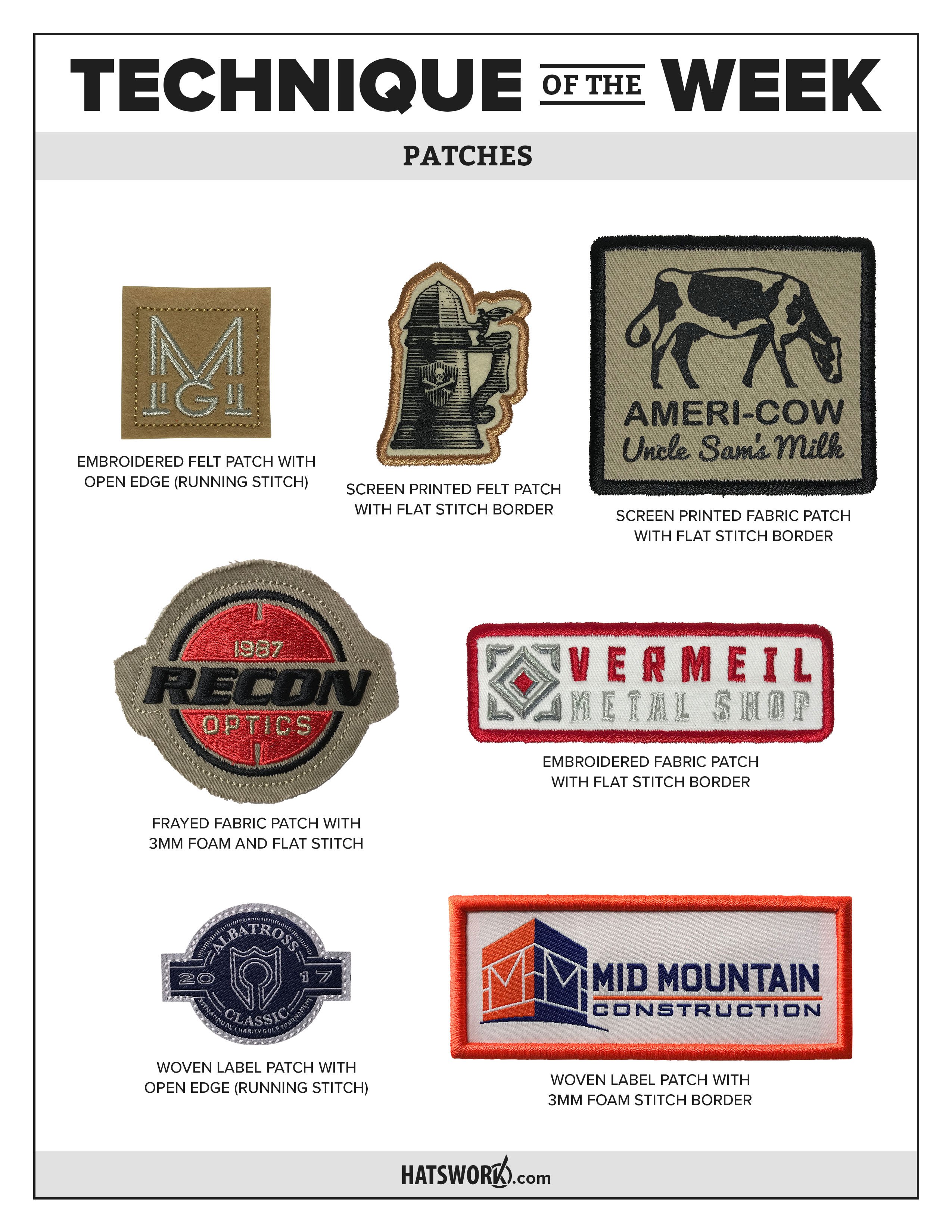 Cap patches are arguably the most coveted style for because they give caps the look and feel of a retail product. This year, we’ve really seen consumers demand more high-end looks from brands, and I don’t see that changing any time soon.